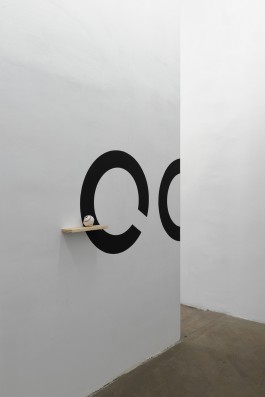 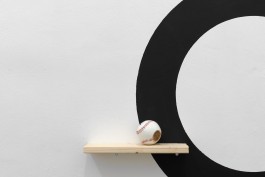 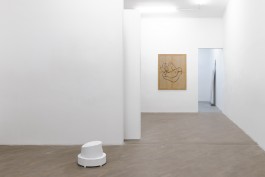 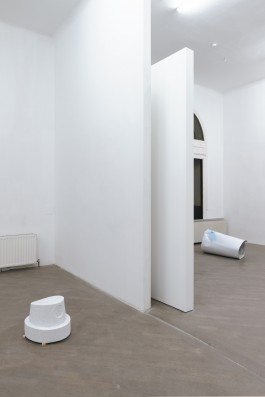 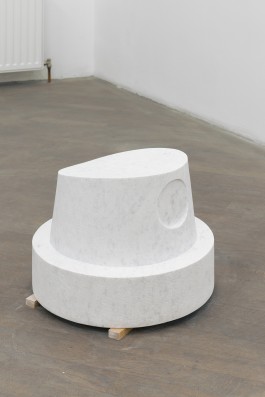 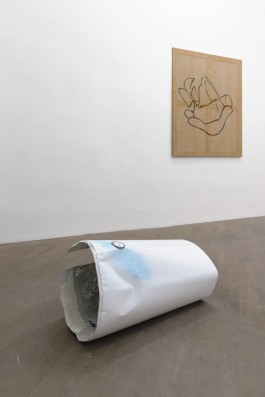 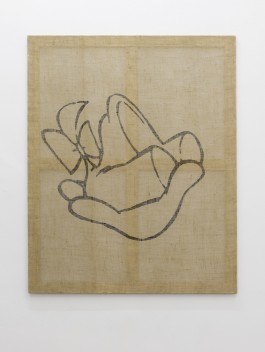 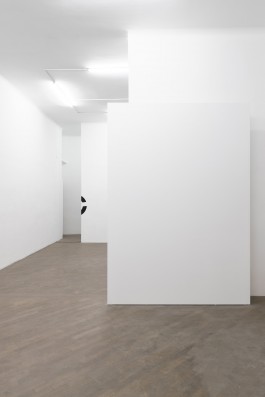 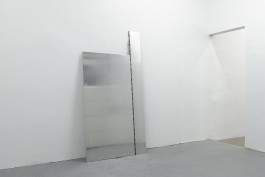 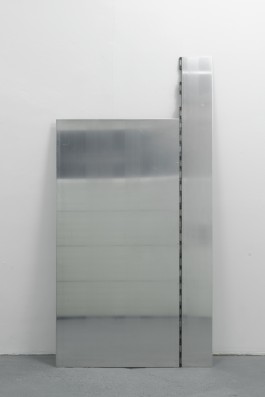 is half of the alphabet. In Hip Hop these two letters are also used concerning the acronym a.k.a (also known as) leading to the artists name, the rapper   synonym.
In case of a cypress hill song, a to the k, it also relates to the ak47, one of the most commonly used machine gun models.

The works in the exhibition are like rhymes. In poetry and songtexts there is a partly equality in the use of the actual meaning of words and their appearance   (syllables, endings, starting letters, letters).
This juxtaposition of works acts like a combination lock. The objects are links, hinges, connections, adjusters, turning points and doublettes.

CC for a Carbon Copy - email. The form of the C is taken from a circular symbol of an eye examination
A baseball as a screwball, a spinball, sanded on to the form of a mixing ball from a spraycan.
A nozzle / cap of a spraycan
A second wall. The width is adopted by a pedestal from the gallery's last exhibition
A shell of a boiler
Goofy's hand holding an aristocrat whig, that leads him stumbling through the confusions of the french revolution.
A Hinge / Piano Hinge / Door